The number of riders that each country are allowed to select to take part in the World Championships is most certainly not straightforward. So the following is an attempt to shed some light on how many riders Ireland can expect to bring to the World Championship road race in Copenhagen towards the end of September.

The criteria include UCI WorldTour rankings, each of the separate UCI Continental rankings, the number of riders contributing to a country’s points tally as well as a number of other odd exceptions and stipulations. I’ll ignore the criteria that don’t apply to Ireland and just stick to the ones that do.

Irish riders like David McCann have scored points on the Asia Tour this year which contributes to his individual ranking on that Tour. But Ireland, as a nation, can only rack up points on their home tour, which is the Europe Tour.

The WorldTour, as you would expect is made up of the world’s biggest races. If you think of a race that you would consider prestigious, it’s probably in there. So this includes the three Grand Tours, the five monument classics as well as other races like Paris-Nice, Tour de Suisse and Fléche Wallonne. In total, there are 27 events on the WorldTour calendar.

The top teams in world cycling are known as ProTeams and there are 18 of them, all the usuals, Garmin-Cervelo, HTC-HighRoad, Team Sky, Liquigas etc. All of these teams take part in each of the 27 WorldTour events.

But in each of the events there are also a number of wildcard places allocated to non-WorldTour teams.

So even though there are 18 ProTeams, there have actually been 40 teams in total that have taken part in one or more WorldTour events this year. But one of the odd conditions here is that only riders on one of the 18 ProTeams can score WorldTour ranking points.

For instance, Thomas Voeckler riders for the non-WorldTour Team Europcar. This team were invited to the Tour de France as a wildcard, consequently Voeckler’s performance in the Tour counted for nothing towards France’s World Championship rider quota because he cannot accrue points in the WorldTour, of which the Tour de France is a part. 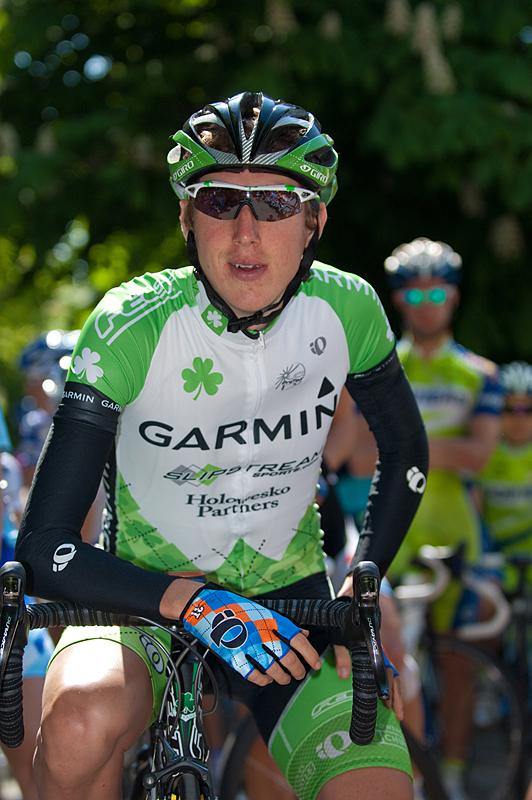 So again, by way of example, Frank Schleck won the Criterium International race back in March, but because he was part of the ProTeam Leopard-Trek, he was ineligible to score Europe Tour points and therefore his performance there did not contribute toward Luxembourg’s chances of getting a higher quota of riders at the World Championsips.

The deadline date for a rider to contribute points to his country’s cause is 15th August, which means that the Tour of Poland is the last WorldTour event which will count towards Ireland’s WorldTour ranking. However there are also a number of minor races to come, such as La Mi-Août en Bretagne and the London Olympics test event, which can still count towards Ireland’s ranking on the Europe Tour.

With me so far? It’s mightily confusing to say the least.

OK, so the actual criteria for selection then…

The top 10 countries in the WorldTour ranking can start nine riders in the World Championship road race. Unfortunately, Ireland are currently in 14th place with 163 points. Dan Martin is responsible for 162 of those points due to his results in the Volta a Catalunya and the Tour of Poland. Nicolas Roche is responsible for the other point.

There are not enough points on offer between now and the deadline for Ireland to even have a chance of breaking into the top 10, therefore no riders can be selected on this criteria.

The next criteria concerns the Europe Tour which is more complicated. The top six ranked nations on the Europe Tour can enter six riders and the nations ranked 7th-16th can enter three. However, this ‘top 16’ excludes the ten countries which are allowed to take nine riders via the WorldTour.

Again, Ireland do not qualify for any riders via this criteria and moving up suffciently in the rankings between now and the 15th August is impossible.

So far it’s not looking good is it? But there’s a stipulation which comes to Ireland’s rescue.

If a nation has a rider amongst the top 100 in the individual WorldTour classification, then this nation may start three riders in the road race. Currently, Dan Martin is in 19th place in this individual classification and cannot fall out of the top 100 before the deadline of the 15th August.

There was a story released on cyclingnews.com earlier today which said:

Under UCI rules, the first 10 countries in the UCI WorldTour nation ranking on August 15, 2011 will be allowed to have nine riders in the race…Ireland are outside the top 10 and so will only, at best, be able to field a six-rider team.

The only way Ireland could field a six-rider team is if they move from 30th to approximately 12th (depending on the results of other countries) in the Europe Tour, which is impossible.

So, Ireland will be allowed to start three riders at the 2011 UCI World Championship road race. This will not change between now and then and with four Irish riders on WorldTour teams, there will most certainly be competition for those three places.

Irish cyclists at the Olympics
It’s a World apart
The Irish Renaissance
Ireland at the World Championships
Britishness, Irishness, Patriotism and Cycling