In London tomorrow, the cycling road race takes place over 250km and provides each of the competitors the opportunity to secure the first medals on offer at the 2012 Olympic games. Representing Ireland are David McCann, Nicolas Roche and Daniel Martin. Although Ireland have never won a medal of any sort in this discipline, the green jerseys are not without their history in this prestigious event. With Roche and McCann both having competed in previous games, Martin is set to be the 30th cyclist to represent Ireland in the Olympic games men’s road race.

As cycling remained an amateur event at the Olympics until 1996, many of Ireland’s top amateurs have represented Ireland in the road race. The very first Irish competitor was Dubliner John Woodcock who finished 44th out of 75 starters at the 1928 games in Amsterdam. There was a lull then until the sixties when the likes of Peter Crinnion and Liam Horner had the honour of competing. 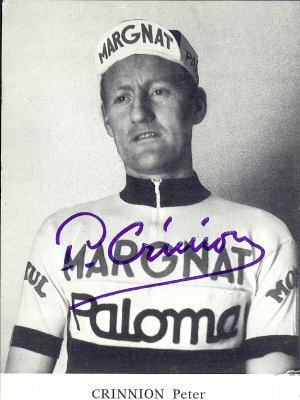 However, for riders who were good enough to consider turning professional, there was really only one opportunity to compete at the Olympics, while they were still young and eligible before they turned professional. For Ireland’s best ever cyclists Sean Kelly and Stephen Roche, they never had the chance to shine at the summer games for very different reasons.

Kelly was caught, along with Pat McQuaid, racing in the Rapport Toer in South Africa under false names and nationalities at a time when competing within this country was banned in protest against Apartheid. As a result, the pair were banned from competing in the Olympic games for life. This meant Kelly could not compete at the 1976 Olympics in Montreal which would have been his only chance to compete anyway because he turned professional the following year.

Unlike Kelly, Roche was afforded the opportunity to go to an Olympic games, in 1980 in Moscow. The youngster from Dundrum had won the Rás the previous year and had recently won the amatuer edition of Paris-Roubaix. Roche was headed for the Olympics with realistic ambitions of bringing home a medal. 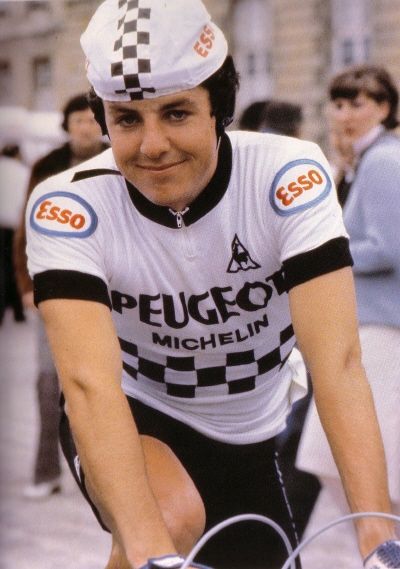 But over the 189km route, Roche suffered badly and performed well below expectations coming home in 45th place. The race was won by the home Soviet rider Sergei Sukhoruchenkov who finished more than seven minutes ahead of all but two riders. Peter Crinnion was the Irish team manager in Moscow and having competed himself 20 years previously, he knew first hand what to expect from the Olympic games road race:

In 22 years in cycling, I have never seen anything to match the display of power produced by Sukhoruchenkov yesterday and I honestly believe that even the great Eddy Merckx, in his heyday,might have been pushed to match it.

At the next Olympic games in Los Angeles in 1984, Martin Earley became the first rider to crack the top 20 when he finished in 19th place behind the winner, Alexi Grewal. Earley would go on to ride the mountain bike event at the 1996 Atlanta Olympics where he finished in 25th (a 19 year-old Cadel Evans finished in ninth). 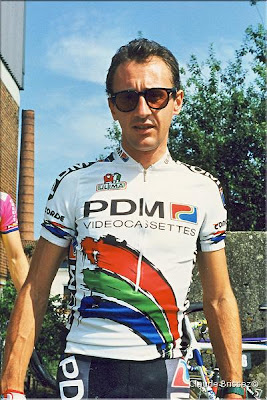 It wasn’t until 2004 that Earley’s best road race placing of 19th was beaten as the best placed Irish rider in the race finished in 13th place. It remains the best placing an Irish road race rider has ever achieved at the Olympic games and it was achieved by Ciaran Power.

In the early part of the millenium, Power was plugging a massive gap in Irish professional cycling caused be the retirements of Kelly, Roche and Earley. Until Mark Scanlon turned professional, folllowed later by Nicolas Roche and Philip Deignan, Power was the only Irish rider to take part in a Grand Tour when he completed the Giro d’Italia in 122nd place at the age of 24 as part of the ill-fated Linda McCartney cycling team.

After the Linda McCartney team ceased to be, after a brief hiatus at a lower level French team, Power found himself riding for an American team, Navigators Cycling where he would ride alongside compatriot David O’Loughlin.

Although he was no longer riding Grand Tours, Power won the Rás in 2002 and won two stages the following year. Power had already competed at the Olympics in 2000 where he finished the road race in 74th but in 2004, he made the Irish Olympic road race team once more as he was selected alongside Scanlon who had just completed his first Tour de France.

In the hazy heat in Athens on 15th August 2004, Power put in a performance which he holds high above any he ever produced in winning multiple stages and the overall at the Rás Tailteann:

That was definitely as good as I’d hoped. My best race ever. I wanted to get into the top 30, but in the back of my mind thought top 20. So yeah, I’m delighted.

The race consisted of 17 laps on a circuit producing a total of 224km. After 13 of the 17 laps, Power was part of a six-man breakaway alongside the likes of Robbie McEwen. Annoyingly for Power, the break was caught with three laps to go and it looked like his hopes for a high placing were lost, but Power held on.

Bettini attacked off the front bringinig Sergio Paulinho and the pair would fight it out for Gold and Silver. Axel Merckx broke from the bunch coming up to the line to take an Olympic bronze medal, finally something he could lord over his father. But back in the bunch, Power fought his way to the front to take 13th place punching the air with satisfaction as he crossed the line.

The Irish manager on the day was Martin O’Loughlin:

I’d a sneaking suspicion Ciaran would do that. In Cyprus he was training behind me on a motorbike and he was just getting faster and faster. His speed was going up every day. And in the sprints I’d be doing 46 or 47 miles an hour and he’d still beat me.

…and no Irish rider has beaten Power since.

The Irish exodus to Australia continues
Dan Martin – Is he the first Irish rider to….?
Britishness, Irishness, Patriotism and Cycling
UCI World Championships selection criteria
A race named after a beer?