This article is the fourth in a series which will be published daily throughout the 2013 edition of the Rás. I’ve taken the finish town of each day’s stage and looked back through the history books to a time when the Rás previously raced into the same town. Other stage towns in the series are:

Although 22-year old Paul Kimmage had been racing in France with the ACBB team, he returned home to win the national road race title. Kimmage had previously been successful in 1981 and he regained the title in a 99-mile race which consisted of nine laps around Carrick-On-Suir. With three laps to go, Kimmage forged the decisive move along with Eddie Madden. Giving chase behind was Anthony O’Gorman. With Martin Earley at the head of a group giving chase further back the heat was on. But Kimmage proved too strong as he out-sprinted Madden and Tony Murphy managed to catch and pass O’Gorman to take the final place on the podium.

Tommy Campbell of Bray Wheelers became the new president of the Irish Cycling Federation. Having served 10 years as secretary he won election to the role of president, replacing Jim Collins. The role of coaching secretary was taken up by Paddy Doran.

Laurent Fignon had just been bullied out of victory in the Giro d’Italia by Francesco Moser. There were cries of conspiracy as firstly, many mountain climbs were cancelled in the final week of the race due to bad weather which never arrived and secondly, Fignon complained that the helicopter following riders during the time trial had positioned itself to aid Moser but to hinder himself thereby handing Moser the overall victory.
Fignon would console himself with absolute domination of that year’s Tour de France, his second successive victory in the race.

The Frenchamn Eric Caritoux won the Vuelta a Espana with what remains the closest winning margin in any Grand Tour, six seconds. 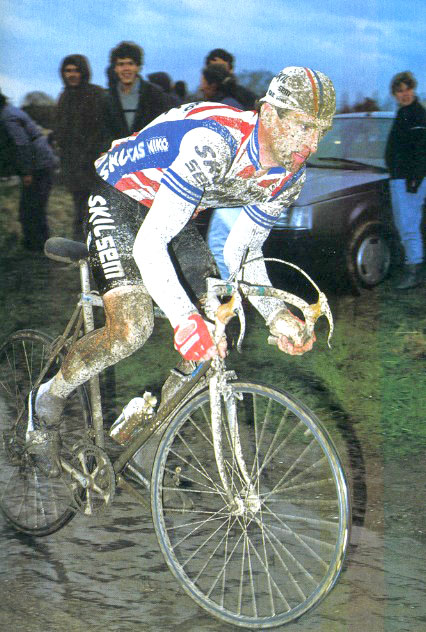 Meanwhile Sean Kelly was ascending to the throne of the world’s number one cyclist. He won Paris-Roubaix and Liege-Bastogne-Liege and finished second in the Tour of Flanders and Milan San Remo. He also won Paris-Nice, the Tour of the Basque Country and the Criterium International and he finished fifth at the Tour de France.

Luke Kelly of the Dubliners died aged 43, the IRA killed five people in a bomb attack at the Grand Hotel, Brighton, during the Conservative Party conference, Carl Lewis won an unprecedented Gold medal in the 100m, 200m, 100m relay and long jump at the Summer Olympics in Los Angeles and U.S. President Ronald Reagan visited the village of Ballyporeen in County Tipperary.

So who won the stage up over the Healy Pass?

Stage 5b in 1984 was an afternoon individual time trial which consisted of 6.5km of climbing from the bottom fo the Healy Pass to the top. A Scottish rider called David Gibson set the fastest time of 15’28” early on and remained in the lead for most of the day. Jason Ford of Wales took the lead with a time of 15’07” before Stephen Delaney became the first and only rider to break the 15 minute barrier with a time of 14’45”.

The view from the top of the Healy Pass

Delaney ended the stage well positioned in fourth place overall but it was Bobby Power of the Tipperary Super Stanley team who took the yellow jersey as leader of the Rás. He said after the hard day’s slog in the Cork and Kerry mountains:

“How is that for a non-climber?”

Stephen Delaney laid the foundations  for overall victory in that magnificent mountain time trial performance but it was on Stage 6 the following day from Castletownbere to Mallow that Delaney really imposed himself on the race.

He formed part of a 14 man move which, in true Rás fashion, broke clear at the start of the day and were never seen again. The man in yellow, Bobby Power, missed the break and trailed home with the main bunch almost nine minutes down on Delaney who took over the race lead and held it all the way to the finish. 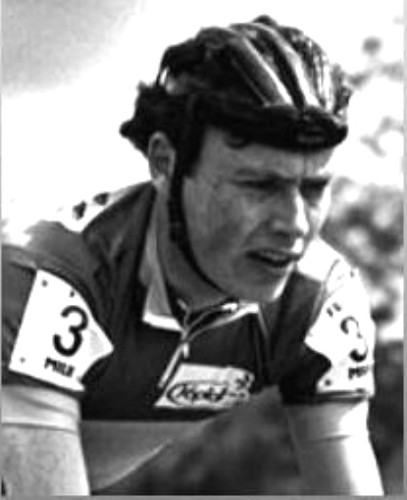 The 1984 edition of the Rás was notable for its time trials. There was the mountain time trial over the Healy Pass but there was also a rare team time trial which took place over 30km from Enniscorthy to Gorey. The rules for the team event were unusual in that the actual finishing times of each team didn’t matter, the members of the winning team were each awarded a 15 second time bonus, the second place team got 10 seconds, and the third place team got five. All other riders simply had to complete the course.

There was also a 1km prologue time trial to get the Rás started in the Eamonn Ceannt stadium in Crumlin. It was won by Dermot Gilleran in a time of 1 minute 16.63 seconds. But what the crowd were mostly there to see was the guest appearance of the world’s number one cyclist Sean Kelly fresh from success in Paris-Roubaix and Liege-Bastogne-Liege.

Kelly never rode the Rás as he was a member of the Irish Cycling Federation, members of which were not allowed to take part in the National Cycling Association organised event. This changed shortly after Kelly left for the continent to become a professional but domestic squabbles robbed him of the chance of ever becoming a ‘Man of the Rás’.

But in 1984, Kelly was an honorary man of the Rás as he took on the 1km time trial during a ‘half time’ break of the actual Rás competitors. He recorded the best time on the day, beating Gilleran’s  time by just over a second.

The 1984 Rás was also notable for being the final participation (and 23rd in total) of four-time winner Sé O’Hanlon, at the grand old age of 42.